Cooking on the road, the life of a rock and roll chef – Part 1

I had the unique opportunity to get a glimpse into life on the road while working with Chuck White, a personal chef from Nashville, Tennessee.  While Chuck has a local practice in Nashville serving up  organic, local tasty food he has also gained notoriety as personal chef to Sheryl Crow.  My fellow chef friend Carla and I lent Chuck a hand while Sheryl Crow’s 100 Miles from Memphis tour visited Boston, MA and Portland, ME. 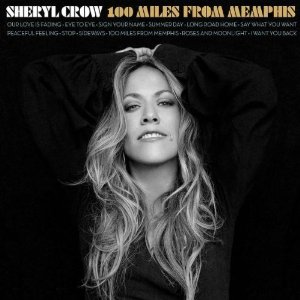 Chuck and Sheryl met while he was working on John Mayer’s tour.  Sheryl’s battle with breast cancer made her rethink a lot of things, one of which was what she was eating.  Chuck is skilled at creating delicious meals with local, organic ingredients so the introduction was the beginning of a beautiful friendship.

I’m not sure what to compare this type of personal chef work to.  A rock and roll tour requires a large group of people to make it work.  In most cases, caterers at each venue provide food for the crew of roadies but it is common that an artist brings their own chef to provide food for themselves and their band.  This is what Chuck does for Sheryl Crow and her band.

You could compare it to running a small restaurant that seats between 15-20 people.  The restaurant is one of those wonderfully ambitious restaurants with the menu changing daily based on what fresh ingredients can be found.  It’s simple in that you are creating one three course offering for the night but challenging in that you don’t know what you’ll be cooking until that morning.  The interesting part is that  the same people show up for dinner every night, so you have to take into account everyone’s special needs—low carb, gluten free, vegetarian, etc…—and try to keep the monotony of life on the road interesting by including any local specialties like seafood when you’re in New England because it’s really hard to acquire in Nashville.

All the patrons know each other and they sit at one big table so maybe it should be compared to cooking a big family meal.  However, they each arrive to dinner at different times, some solo, some in groups.  Each person is served each course individually as if they were seated in a restaurant so at the same table you have to keep track of which diner is on which course.  And as if that doesn’t sound complicated enough, your restaurant doesn’t really have a kitchen and your staff changes every day.  Let me explain.

The Boston show was at the Wang Center.  In the early afternoon I found Chuck backstage in a large mostly empty room with a collection of banquet sized folding tables, three small lavatory sinks attached to the wall with mirrors above them and several rolling garment racks.  I suspected it doubled as a dressing room for the many acts that pass through the Wang.  Beside the back stage items, there were  several large coolers and rolling black  “tour” trunks which I came to find out carried all of Chuck’s kitchen equipment, serving dishes and nonperishable kitchen staples.

As I took a look around I thought “How can we cook in a dressing room?”  That was quickly followed by  “When was the last time this place was cleaned?”

Despite my trepidation, I knew instantly that it would be a great day.  Chuck was friendly, easy going and put Carla and I at ease.  He gave us a quick tour of the backstage area which included a dining hall, fully equipped but small commercial kitchen (in use by the caterer) and a glimpse of the stage as it was being setup.  Seeing a stage from backstage was pretty cool, I must say.

Chuck began unloading gear and setting up the ‘kitchen’.  The counter or work surface consisted of four large banquet folding tables.  The stove was two portable propane fueled burners.  A small electric oven was stowed in one of the tour trunks.  It was amazing.  Within 30 minutes he had transformed the dressing room into a workable kitchen.  The one thing missing was a place to wash dishes.  We ended up putting the dirty stuff in dish bins, carting them to the catering kitchen, washing them and bringing them back to our space.

In part 2 of this story, I’ll tell you more about what it’s like to cook for a rock star!

My Chef Quinn offers a variety of cooking services to help you get more out of your kitchen.  Click these links to find out more: